It's been quite a ride, what did you think?

Results will be posted in a couple of weeks.

We will be doing a watch-through of Breaking Bad starting August 19th, so it will be super interesting to watch Breaking Bad with the entire context of Better Call Saul.

Here are the results of the Season 6 Survey and the polls from each Post-Episode Discussion thread.

Compare the results to past season surveys:

Which episode was your favourite? (10,214 responses)

Which actor had the best performance? (10,214 responses)

Keep in mind that each week, the amount of people that voted were changed, so results could be different.

Thank you for all participating in these surveys over the years. I hope you got something interesting from this data.

This will be the last official mod post for awhile. So once again, I thank you all for participating over the years. It really has been a great time.

Howard still trying to convince jimmy to partner up

Got a new gym shirt so I never forget who I lift for.

Saul Gone is one of the best tv episodes in history imo. So perfect. Crazy how the show ended on such a high note.

I don't get why people were mad with Jimmy not taking the 7 years?

It baffles me that some people are saying that Jimmy deciding to come clean and not take the 7 years in prison ruined his character and the ending. I just don't understand that logic.

Think about it. What would Jimmy have done once the 7 years was up? He has no family, no friends, his reputation is scorched beyond repair and he wouldn't be able to practice law ever again. What quality of life would he have after he was released?

In my opinion, the worst thing Jimmy had ever done was what happened to Howard. When he learned that Kim had given an affidavit to Howard's widow, it caused all those guilty feelings to resurface. Howard Hamlin, a widely respected lawyer at a successful, prestigious law firm that his brother built, was not only dead because of him, but his legacy was shattered due to Jimmy framing him to be a coke addict that took his own life. Not only that, but Howard's body will never be found. Not even Jimmy knows where he's buried. He also destroyed and corrupted Kim. Sure, Kim was flawed to start with, but Jimmy only escalated her transformation into Slippin' Kimmy. This led to people getting hurt and killed. Jimmy helped make Kim who she was.

Jimmy realized that he can't keep lying. Like Chuck says, "Jimmy this is what you do. You hurt people over and over and over." Prison is where he belongs. He spent years scamming, lying and cheating his way through life. It was time for him to stop running. It was time for him to accept what he had done, because even once he's released from prison after 7 years, his life was already over. Had he taken the 7 years, I wouldn't have been surprised if he just committed suicide upon his release.

God damn, it was a perfect ending to his character. It just surprised me how many people thought it was stupid of Jimmy to turn down the 7 years. What are your thoughts?

When a box of tissue triggers fond BCS memories

Jimmy was the true hero of Point and Shoot.

Jimmy plays a big part in taking down Lalo. if he didn't try to negociate with Lalo to send kim instead of him, gus wouldn't have understand that it was a distraction.

Jimmy's love for kim and his will to protect her saved the day.

Found this in my medical textbook

Lalo got his revenge

Lalo may have died in 2004 by Gus in the timeline of the Better Call Saul and Breaking Bad universe but he ultimately like Hector got his revenge on Gus. Afterall it was Lalo who had given the bell to Hector and without that, even knowing of the history between Gus and Hector, Walt wouldn't have been able to pull it off with his bomb. Just realizing this as I'm literally finishing off rewatching season 4 of Breaking Bad

Again so many context and call backs from Better Call Saul truly making it a masterpiece.

I recreated the last scene of Breaking Bad in GMOD

Food so good you’ll die (Lalo art by me)

Why did Kim decide to go after Howard?

I get Jimmy thinks he killed his brother thus he decides to ruin Howard’s life, and they have a history together as well so it’s kind of understandable (from Jimmy’s perspective) after all this shit, but still can’t of a single good reason why Kim went after Howard. Only thing comes to my mind is Howard sayin she can do better than Jimmy, which isn’t even that deep.

Am I the only one who would not mind watching hours of Mr Takavic opening the store, working, going home, and repeating day after day without much dialog? Those black & white scenes are so perfect.

I was flipping through the bingo episode and this caught my eye. seems like a good bet for Jimmy's inspiration for the wexler mcgill logo.

IRL, would it be expected for Jimmy to be gifted a job by Chuck after he passed the bar?

I know legal degrees can't be done through correspondence schools, but for the sake of argument let's say that Jimmy graduated from the most shit-tier law school this side of the Mississippi. Would HHM be expected to hire him as a legacy? What about after getting sandpiper on board?

Was Marco (1X10) supposed to act as a finale to the series in case it got cancelled?

I mean, we know where Saul’s name came from and what Mike’s code is. Also, in the next season he suddenly changes his mind about working at Davis & Main. If anyone could give me any sources I would really appreciate it.

Dagoth McGill’s Chicanery against the false gods of Morrowind

Something that’s bugged me about season 6

When does the scene where Kim and Jimmy finalize their divorce take place? This scene threw me off while watching it live for several reasons. Kim looking the exact same seemingly four years after the main BCS storyline, only for her to look much different just over a year and a half later in the Gene storyline is just one thing I didn’t really understand. Another is, why did they wait so long to finalize their divorce? Or did they not? Is that scene only a couple years after the BCS main storyline ends? Emilio is there with Jesse so it stands to reason that that scene takes place before Walt partners with Jesse? I don’t get why they would include this scene AFTER having seen Walt, Jesse, and Sauls encounter in the desert when it takes place before. Am I missing something? Did anyone else get thrown off by this? Season 6 is one of the best seasons of TV I’ve ever seen but this has been irking me for a while now. Any help?

What do you think Jimmy said to Rebecca to convince her to come?

Jimmy said he told Rebecca that he needed her help in defending against Chuck, and that Chuck would need her help afterwards.

What else do you think he said, to convince Rebecca to come? She would have wanted some details.

And what do you think he could have said beforehand, to prevent her from taking Chuck's side at the hearing?

Did he tell her about Chuck's illness, and was that enough for her to to take Jimmy's side?

Wouldn't she have wanted to see it for herself before taking his side?

Also, why wouldn't Chuck talk to her in the next episode, 3x06? If she already then knew about the illness, then there was nothing to hide, right? Was Chuck that ashamed? He didn't act ashamed in court, he basically said "oh, well now it's out there", when he saw Rebecca. 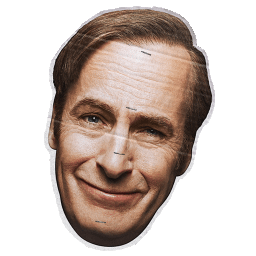