Honeypot [MOD POST] A clarification to Rule 5: " No racism or hate speech."

It's pretty clear that "No mean or harassing comments" is a vague rule that can easily vary from person to person. So this post is here to clarify what we mean by that. The following will be incorporated into a wiki page that is linked in Rule 5 for easy reference.

For the purpose of this community, Bigotry is defined as "Intolerance and/or bias towards a person or group of people, because they possess certain demographic characteristics or belong to a certain population group". This is not the same as a critique against an opinion a person expresses, or against the actions a person chooses to take, or against an idea or ideology. Bigotry can be aimed at people who share an inherent trait (such as being female/gay/elderly/etc.), or it can be aimed at people who share an ideology (such as Muslims/Christians/Republicans/etc.)

In this submission, we affirm that we stand with BLM, LGBTQ+, and other routinely disparaged groups. Therefore, after consulting with multiple organizations who are active and knowledgeable on these topics, we are further formalizing and clarifying Rule 5.

The purpose of this post is to provide common examples of bigotry upon which we, as r/entertainment moderators, will take action. Please keep in mind that we will not be debating these topics individually, but you are more than welcome to head to r/socialjustice101 to either ask in good faith about these topics, or, if you are already familiar with them, to educate others. This list is non-exhaustive, may be updated frequently, and is applicable to moderator discretion

This list is non-exhaustive, may be updated frequently, and is applicable to moderator discretion.

Many users have argued that facts cannot be racist, which is true. However, much of what is purported to be factual is actually twisted by inherent racism. For example, the assertion that black people commit more violent crime than white people is false: In fact, black people are arrested/convicted for violent crime more often than white people. The statistic does not represent a fact-based commentary on a racial proclivity; it represents a way in which systemic racism has unfairly maligned a historically marginalized portion of the population.

Furthermore, even objective facts can be presented in a manner that promotes (or is promoted by) a racist agenda. It may be factual to state that a given entertainer is Jewish, for instance, but if that point is being raised as a means of insinuating something anti-Semitic, it is nonetheless an example of bigotry. Statements of this sort are referred to as "dog-whistles;" as coded phrases that are ostensibly based in fact, but which are being presented with bad-faith intentions.

Dog-whistles, implied bigotry, and memetic phrases with bigoted subtexts are all forbidden in r/entertainment. Please note that there's a different between attacking a disparaged group who cannot change how they were born, and attacking memberships of groups (e.g. saying "ACAB" is not bigotry. Cops can quit, black people can't stop being black).

Civil criticism of religion, governments, and groups/organizations are fully permitted. Veiled attacks that are instead meant to target and attack a nation/race of people that practice these faiths, is forbidden.

Bigotry cannot be excused by saying "it is just a joke," nor by saying "but I was so polite".

If you don't understand some of the reasons behind these additions, that's ok. Many people are at different points on their path to education, and everyone should treat it as a process vice a destination. We encourage users to head over to r/socialjustice101 to either ask about specific points or to explain them to other users if you do understand. We won't be debating these here or in modmail as that's not a debate forum.

Thank you for reading

Kanye West Says Trump ‘Lied About Me’ and Is ‘Known for Lying’ Before Walking Out of Interview | Ye remarked, “Look at Pence. He sold Trump out. You know what I’m saying? I would’ve never wanted to do anything that hurt Trump. I’m on Trump’s side."

Chloë Grace Moretz: Older Men ‘Infantilized‘ Me on Sets as a Teen and It Was ’A Really Crazy Kind of a Mind F—’

Candace Owens says Kim Kardashian has no "soul" for staying with Balenciaga.

Aaron Taylor-Johnson is surprise frontrunner to become next James Bond

Top Gun: Maverick Returning to Theaters in December 2022; Before Streaming on Paramont+ Dec 22.

‘Everything Everywhere All At Once’ Wins Best Feature at Gotham Awards

Will Smith to appear on 'The Daily Show'; first late-night interview since Oscars slap

Howard Stern Slams Oprah for Showing Off Her Wealth: ‘It’s F—ing Wild‘ Because ‘There Are People Struggling Out There’

Video of Kanye West walking out of interview viewed more than 500K times.

Jennifer Lopez thought she was 'going to die' after Ben Affleck split. 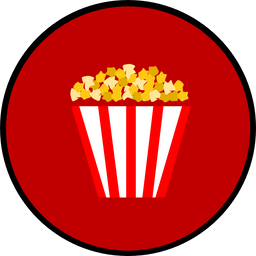 For news and discussion of the entertainment industry.