Nominating contests for the 2022 midterms are being held today in Alabama, Arkansas, Georgia, and Texas, where runoffs from the March 1 primary are being held. Polls are open from 7 am to 7 pm local time in Georgia, Arkansas and Texas; and 7:30 am to 7:30 pm in Alabama.

Georgia looks set to deliver a rebuke to Trump's endorsement, as incumbent governor Brian Kemp leads polls against Trump-endorsed challenger David Perdue. If Kemp prevails, he will face Stacey Abrams in a rematch of their hard-fought 2018 race. This will also be the first election held under Georgia's new restrictive voting laws.

In Alabama, incumbent governor Kay Ivey faces a primary challenge over her decision to encourage Alabamians to get vaccinated for the corona pandemic. In AL-5, Republican incumbent Rep. Mo Brooks lost Trump's endorsement over urging the GOP move on from the 2020 election he lost; eyes are now on him to see if he can survive the former president's anger.

Meanwhile, former Trump White House press secretary Sarah Sanders appear set to win the gubernatorial primary in Arkansas. The daughter of former Arkansas Gov. Mike Huckabee, she will be the first woman to lead that state.

r/politics is looking for new moderators. If you'd like to help improve this community, please consider applying via this link!

'Enough Is Enough!': Thousands Protest Outside NRA Convention in Texas

Greg Abbott Is Full of Shit

Cruz blames everything but guns for school shootings in NRA address

Up to 50 Subpoenas Expected as Grand Jury Begins Trump Inquiry - The district attorney in Fulton County, Ga., is weighing racketeering charges connected to G.O.P. attempts to overturn the 2020 election

Taking Cues From Texas, California Proposes Its Own Bounty Law—Against Guns: If it passes, the Golden State would set up a confrontation with the Supreme Court, which blessed the Lone Star State’s anti-abortion law.

Beto O'Rourke: There will be a reckoning at the ballot box

She Lost the GA Guv Race By 70 Points. She Still Won’t Concede.

Biden is reportedly planning to cancel $10,000 in student debt for borrowers making under $150,000

'This Is Bullsh*t': Instead of Canceling, Abbott Will Deliver Video Speech to NRA

Pastor tells city council that gay people should be slaughtered | The hateful preacher demanded that the city shouldn't honor Pride month. Instead, he tried to get public officials to agree to execute gay people.

“It Will Happen Again”: Texas Leaders Have No Plans to Prevent the Next Uvalde — Defenders of limitless guns are out of ideas but full of excuses.

Republican Congressman Chris Jacobs says he would support a series of gun control measures, including banning access to semiautomatic rifles like AR-15s, restricting magazine capacity, and raising minimum age to 21 for firearm purchase. 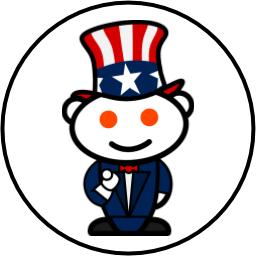 /r/Politics is for news and discussion about U.S. politics.